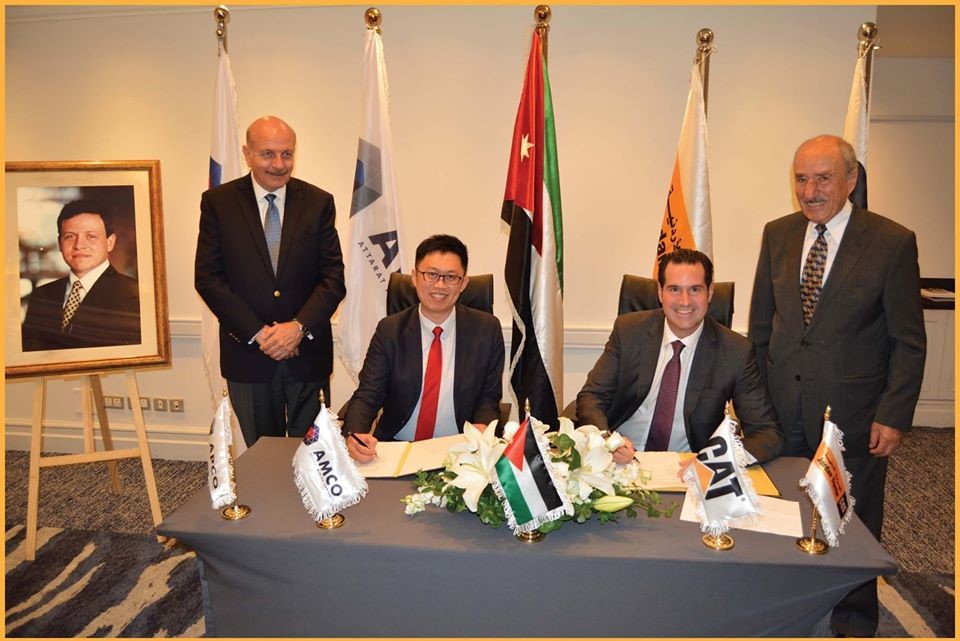 Mr Erkki Kaisla, AMCO’s Chief Mining Officer highlighted the importance of the collaboration with Jordan
Tractor to provide reliable Caterpillar machines for the operation of mine and fuel yard. AMCO has todate,
moved over 72 million tonnes of overburden and mined over 2.5 million tonnes of oil shale.

Mr Kaisla who was involved in the geological mapping of the oil shale on site and mine development plan
from 2011 said it was exciting to see the extraction of the first oil shale in July this year. The oil shale will
be used as fuel in the power plant and provide a steady base load supply of electricity to NEPCO.

AMCO and its subcontractors have more than 400 Jordanians working on the mining operation on site.
Additionally, there is a fleet of over 60 Caterpillar mining equipment already deployed on site since March
2017. AMCO will remove annually, 37 million tonnes of overburden and deliver 10 million tons of oil shale
for the Project. The Attarat oil shale mine will, when fully operational, be the largest open cast mine in
Jordan.
Attarat Power Company (“APCO”) is constructing the first oil shale fired power station and open-cast mine
in Jordan. The Project site is in Attarat um Ghudran, approximately 110 km south-east of Amman. The
construction of the 470 MW (net) oil shale fired mine mouth power plant and mine opening works are
currently in progress with the first unit scheduled to commence commercial operations in mid-2020.
The Project is the largest inward foreign investment into Jordan and creates more than 1,000 long term
job opportunities for Jordanians. It is also the first project that utilize indigenous oil shale resource and is
very important strategically in terms of energy security as it will contribute towards reducing Jordan’s
reliance on imported gas.
AMCO is an affiliate of APCO and is responsible for the mine opening works during the construction period
and for the supply of oil shale supply to the power plant during the operations period.