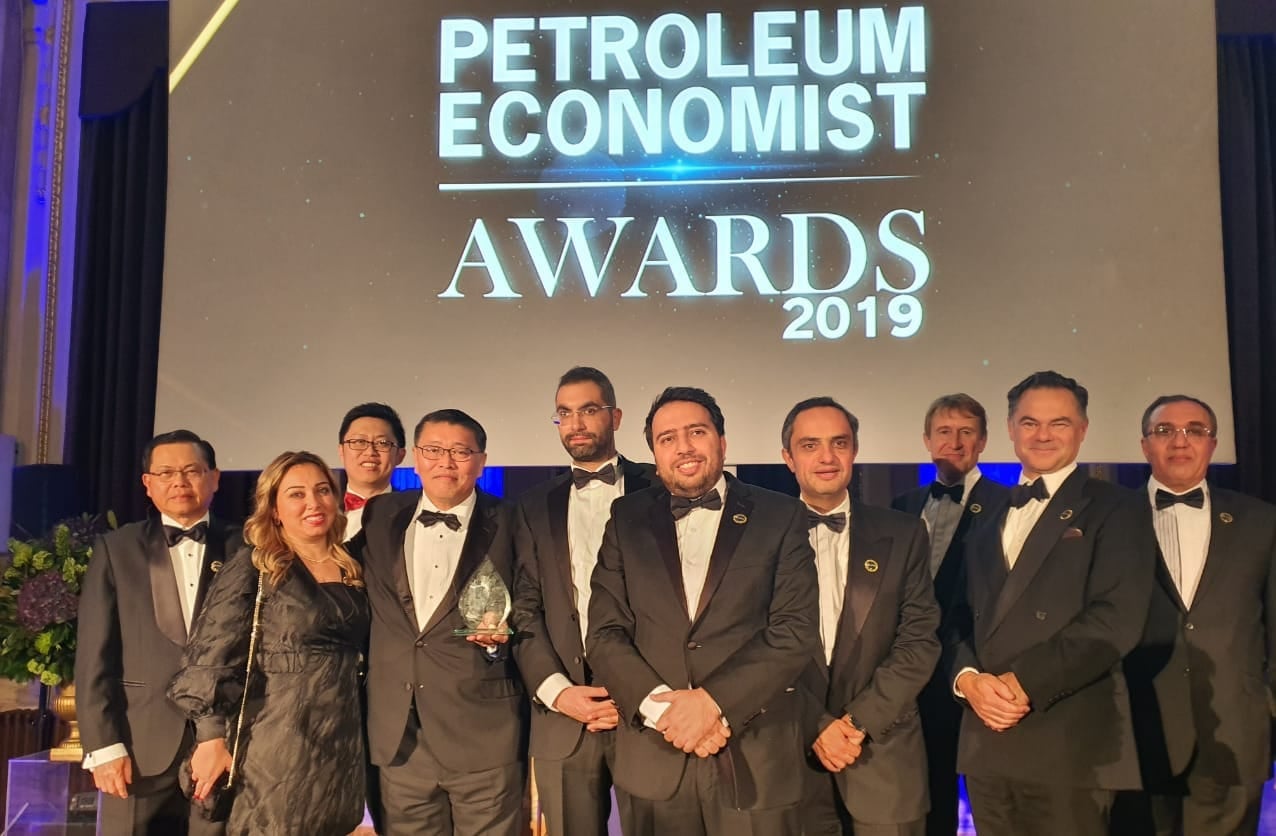 Attarat Power Company (“APCO”) received the Power Project of the Year Award 2019 from the Petroleum Economist at its annual awards dinner event organized by Petroleum Economist Magazine (“PEM”) in London on 19 November 2019. The event gathers leading companies and executives in the energy sectors from all over the world and honors energy companies, individuals, projects and innovations for their noteworthy achievements.
Mr. Mohammad Maaitah, Director of APCO and Mr. Jason Pok, CEO & Director of APCO received the award on behalf of APCO. Mr. Maaitah said the award is timely as the Attarat Project is a breakthrough for the Jordan oil shale industry. Mr. Maaitah added that oil shale is Jordan’s only indigenous energy resource and it is an important first step towards energy independence.
APCO has received several other industry awards and recognition:-
Project Finance International (PFI) Awards for 2017 – Middle East & Africa Resource Deal of the Year;
Asian Power Awards for 2017 – Silver Award for Coal Power Project of the Year; and
Asian Power Awards for 2017 – Innovative Power Technology (Malaysia) of the Year.
The financiers of the Attarat Project has also received recognition from its peers:-
Sinosure, the Chinese Export Credit Agency received the Deal of the Year 2017 awarded by Berne Union, an association representing the global export credit and investment insurance industry; and
ICBC and BOC received Financing Deal of the Year 2017 from the China Banking Association.
Additionally, NEPCO as the off-taker of the Attarat Project, recently received:-
Asian Power Awards for 2019 – Gold Award for the Oil Shale Power Project of the Year; and
Asian Power Awards for 2019 – Silver Award for the Transmission & Distribution Project of the Year
Attarat Power Company (APCO) is constructing the first oil shale fired power station and open-cast mine in Jordan. The project site is in Attarat um Ghudran, approximately 110 km south-east of Amman. The construction of the 470 MW (net) oil shale fired mine mouth power station and mine opening is in progress with the first unit scheduled to commence operations in mid-2020.
The Project is the largest inward foreign investment into Jordan of more than USD2 billion and creates more than 1,000 long term job opportunities for Jordanians. It is also the first project that utilize indigenous oil shale resource and is very important strategically in terms of energy security as it will contribute towards reducing Jordan’s reliance on imported gas.